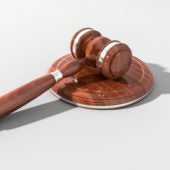 Connecticut has a long list of offenses that fall under the purview of cyber crimes which are crimes that involve a computer and a network.  Cell phones are also included in this category.  More specifically, cyber crime is defined in a broad sense as offenses that are committed against individuals or groups of individuals with a criminal motive to intentionally harm the reputation of the victim or cause physical or mental harm, or loss, to the victim directly or indirectly, using modern telecommunication networks such as Internet (networks including chat rooms, emails, notice boards and groups) and mobile phone (Bluetooth/SMS/MMS).  These offenses may threaten a person's physical or financial health or national security.  These criminal charges and the issues surrounding them have become high profile, particularly those involving child pornography, child grooming,  sexting and sextortion, hacking, copyright infringement and prohibited surveillance.

While some police departments are more sophisticated than others, overall, law enforcement has stayed on top of understanding and knowing how to charge people who misuse cell phones and the internet.  The crime is considered to have two locations, either of which can be the place of the offense – first, the initiator and/or second, the recipient.  This means that if a person in one state is using the internet to harass another person in a different state, the police can decide which state has jurisdiction.  This also includes people doing illegal cyber activities in different towns.  When the target is larger like hacking a national bank or security system of a national credit card company, the crime can and often will be a federal offense.

The crimes associated with illegal cyber activity often partner with crimes historically associated with all unlawful behavior.  For example, a person can be charged with stalking in Connecticut either by physically surveilling another person from a physical distance like sitting in a car near that person's residence, or using a computer or cell phone to surveil their online accounts without that person's knowledge or consent.  The following actions which have been illegal for many years now have a cyber counterpart:

Stalking occurs when the offender pursues another in a stealth manner so as to avoid the victim knowing who is pursuing him or her.  Using your computer to do this will have the same penalties as using any other mechanism where you avoid detection like hiding in a yard, riding by on a bike or car.  Depending on the degree of stalking with which you are charged, you could be charged with a misdemeanor or felony and have to serve jail time.

Harassment is defined as annoying or bothering someone in a constant and repeated way.  While sexual harassment in the work place is generally litigated in civil court, a person who feels harassed can get you charged with this offense even if there have only been 2 instances of unwanted contact.  Harassment 1 generally involves repeated threats to kill someone while misdemeanor harassment is less aggressive and can be done in cyber space using Facebook, Twitter and other forms of unwanted communication involving a computer or cell phone.

Violation of Protective or Restraining Order in Connecticut

Violating an order of the court to have no contact with another person is a felony whether the order was issued by the criminal or civil court.  It can involve a large fine and jail time of up to five years.  Charges are brought regularly against people who use a cell phone to text the protected party or who use the internet via Facebook or other social media, email or any other place the protected party might see inappropriate or offensive material pertaining to them.  To be charged with this offense, you do not have to post or communicate anything with the person's name.  It is enough that they know or can convince a law enforcement officer you are posting or communicating about them based on the relationship they had with you.

Other Types of Cyber Crimes in Connecticut

If you are charged with any of these cyber offenses in Connecticut, I can help you like I've helped many other people.  Call me, Erin Field,  at one of the phone numbers on this site, or fill out the contact form,  and I will speak with you regarding your case.