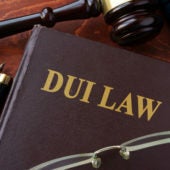 “I can't believe I got arrested for DUI!”

No one ever expects to be pulled over and arrested for drunk driving. It is a shocking and unpleasant experience. But it's happened, and now you have to deal with it.

If you've been charged with a DUI in Enfield, you need to act quickly to preserve your driver's license. According to Connecticut law, you have 7 days to request a hearing after you've received a notice of license suspension from the DMV.

Please contact me right away to discuss the options you have to preserve your driver's license and prepare to defend your Enfield DUI charge in court. Take advantage of a free case evaluation from an experienced Enfield criminal defense attorney. That's me!

I Focus on My Clients — Resource Center

Have a Question? Need Answers?

Can I Beat My Enfield DUI?

Yes, there are many possible defenses in a DUI case. When I evaluate your specific case after discussing it with you, and carefully reading the police report from your arrest, I can suggest how I would fight the charges. A few possible options are:

You see, there are many areas to explore in fighting a DUI charge. Every case has some good things about it, and virtually any case can be beaten.

Call or contact me for advice on how I will fight and may be able to beat your Connecticut DUI charge.

What Is a DUI Charge?

In Connecticut, a DUI is an abbreviation for the legal term is driving under the influence of alcohol or drugs, also commonly known as a DWI, or a drunk driving charge.

There are two different ways to be charged and convicted of what is a commonly called a DUI.

Both of these methods have defenses for them.

There are two distinct types of penalties in a Connecticut DUI case.

First, you need to be concerned with your immediate license suspension if you fail a breath test or refuse to take one.

Second, the criminal court penalties of you are convicted of driving under the influence of alcohol in Connecticut. You face additional license suspension time, as well as possible jail time, fines, community service, alcohol treatment programs, and more.

Any drunk driving related charge can dramatically impact your life, even if you aren't at serious risk of jail time. Probation, travel restrictions, fines, and for most people, loss of driver's license can be a tremendous problem.

For an immediate phone consultation on any DUI charge, please call me immediately. I answer my own phone, and I can talk to you right away.

Refusing to Submit to a Breathalyzer test

If you refuse to take a breath test, the license suspension is longer than if you had failed with a very high BAC level.

Refusal penalties are in addition to any license suspension penalties as a result of being found guilty or convicted of the DUI/DWI charge.

The penalties for failing a breath test if you are under 21 (the legal drinking age) result from a BAC reading of 0.02 or higher. The penalties are:

A drunk driving charge is considered a second offense if you have a previous conviction within 10 years.

A drunk driving charge is considered a third offense if you have at least one previous conviction within 10 years (of the two convictions).

What to Do If You've Been Accused of DUI in Enfield

If you are pulled over or questioned following an accident and accused by a police officer of driving under the influence, the first thing to remember is to remain calm. Don't attempt to argue with the police or get angry.

If they ask you for your driver's license and vehicle registration, comply with the request. Follow all the officers' requests in a calm, respectful manner. The officers are observing you for signs of intoxication, such as the smell of alcohol or marijuana, slurred speech, or unsteady movements.

You can refuse to answer a police officer's questions about where you are driving from or whether you've been drinking. If the officers ask you to perform field sobriety tests or blow into a Breathalyzer, you may also refuse to do so. If you choose not to answer questions or perform tests, always remain respectful and courteous toward the officers.

If you fail field sobriety or breathalyzer tests or refuse to take them, you will likely be arrested on suspicion of DUI. Officers may continue to question you after they put you under arrest. Politely decline to answer any questions and request to speak with an attorney. Make sure you speak your request loudly enough so that it is recorded by any recording devices.

Your Rights After a DUI Arrest in Enfield

You have the right to refuse to participate in field sobriety tests. You also have the right to refuse to take a Breathalyzer test, or to submit to blood alcohol testing. You should speak with an attorney before deciding whether to take the test, since doing so may make you eligible for favorable disposition of your case. However, if you refuse the test, your driver's license may still be suspended even if you are ultimately not convicted of DUI.

When you are arrested on a DUI charge, you will be transported to the police station, searched upon your arrival, photographed, fingerprinted, and placed in a holding cell. After you are processed, the police may continue questioning you or ask you to submit to a breath, urine, or blood alcohol test after reading you the implied consent advisory. The police will also give you the opportunity to call a lawyer, especially if you request to speak with one.

Eventually, the police will release you from the police station after your bail is paid or on a promise that you will appear for your assigned court date. Your driver's license will also be suspended for a 24-hour period following your arrest so that if you are intoxicated you can sober up before driving again.

Once you've retained me to represent you, I'll begin investigating your case, reviewing your performance and results on field sobriety and blood alcohol tests, the qualifications of the arresting officer and test administrators, and the reliability of the police's testing equipment. At your pretrial conference, I'll negotiate for a disposition of your case that avoids jail time.

If I can't obtain a satisfactory disposition of your case, I'll obtain discovery from the state and move to exclude certain evidence against you. If I can't reach a favorable plea agreement for you, your case may go to trial. I will fight to make the state prove every element of your charges beyond a reasonable doubt and hopefully obtain a not guilty verdict.

For more information on your options for your defense, call me, Erin Field, for a free legal consultation from an Enfield criminal defense attorney. There's no obligation.  Contact me now!