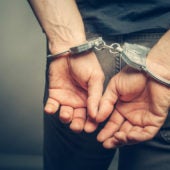 Although every person charged with a criminal offense is supposed to be presumed innocent, even being suspected of a sex crime can have an immediate impact on the life of the accused. When you have been arrested or are being investigated for a sex crime, you may find that the media and members of your community presume your guilt even before you have had your day in court.

Prosecutors take a more aggressive approach in handling sex crime cases, often pursuing maximum possible punishments for alleged sex offenders. Too many people lose sight of the fact that the guilt of any alleged offender must be proven beyond a reasonable doubt before an individual can be convicted.

If you were arrested or believe that you might be under investigation for an alleged sex crime in Connecticut, do not say anything to law enforcement until you have legal representation. Make sure you contact me, Attorney Erin Field, as soon as possible. I am here to listen to your side of the story and aggressively defend you against the charges you face.

It's important to note that being arrested does not mean you will be convicted. I will work to build a strong case on your behalf, identify all of the flaws in a prosecutor's case, and do everything in my power to fight for your charges to be reduced or dismissed. Call me at (860) 821-7958 or reach out online to take advantage of a confidential consultation.

How a Connecticut Sex Crime Lawyer Can Help You

An immediate benefit of hiring me as your attorney is that I can speak to law enforcement on your behalf and prevent you from saying anything that could harm your case. I will advise you of which questions you can and should not answer.

When you hire me to defend you against sex crime charges, I will conduct an independent investigation of the incident in question. I will review the evidence that a prosecutor has and determine the best way to proceed with your case.

When accused of a crime as serious in nature as a sex crime, it is vital to have an experienced attorney help defend your rights, your freedom, and your reputation. Criminal charges never automatically mean a conviction, so don't despair. With the right lawyer representing you, you could see the charges reduced or dropped and could avoid lasting damage to your reputation and life, such as being forced to register as a sex offender.

I will do all I can to fight for the best possible outcome for your case.

Sex crimes in Connecticut include multiple kinds of criminal offenses. Some of the most common sex crime cases I handle include:

People could be charged with a number of other sex crimes, and the allegations can often come as a complete surprise to the accused. In some cases, sex crimes result from encounters that the alleged offenders assumed were consensual and could have severe consequences if they are not aggressively defended by an experienced Connecticut sex crimes attorney.

Consent is one of the basic defenses to most sex crime charges, but it can be difficult for an alleged offender to prove that an alleged victim did in fact voluntarily engage in sexual activity. Certain kinds of evidence, however, could bolster a consent defense such as text messages, emails, or other recorded communications between the two parties.

Some people could be falsely accused of sex crimes by alleged victims seeking to punish alleged offenders for other issues in the relationship. When allegations are fabricated, then the lack of evidence against an alleged offender will usually be the strongest defense.

If you are arrested on any kind of sex crime charge in Connecticut, you must resist the urge to explain yourself to police. Even when you know that you are innocent, you could still inadvertently say something that could be extremely damaging in a criminal case against you.

Make sure that you contact a criminal defense lawyer right away. You should not discuss your criminal charges with police until you are allowed to have legal representation.

Get Smart Advice from a Connecticut Sex Crime Attorney Today

Do you think that you could be under investigation or were you already arrested on a sex crime charge in Connecticut? If so, be sure to contact me, Erin Field of Field Law Office, LLC, as soon as you can.

As your Connecticut criminal defense lawyer, I will work tirelessly to help you achieve the most favorable outcome to your case that results in the fewest penalties. I want to hear from you, and together I will assess all of your legal options when you call (860) 821-7958 or contact me online to set up a confidential consultation.