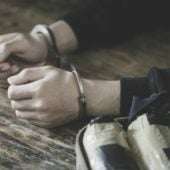 What to Expect After a Drug Arrest in Beacon Falls

How to Beat Your Beacon Falls Drug Charge

There are a wide variety of ways to fight and win a drug possession criminal case in Beacon Falls. A common successful tactic is to challenge the search and file a motion of illegal search and seizure. The police do not have the right to search your person, car or home without a warrant, or a reasonable suspicion that you might be in possession of illegal drugs. If they do so, the results of the search must be thrown out, and the case dismissed.

Contact Me for Legal Help After an Beacon Falls Drug Charge

If you've been arrested and charged with a crime in Beacon Falls, contact me, Erin Field, for immediate assistance. Exercise your right to remain silent until you have consulted with me. I have a 100% success rate for first-time offenders.  Contact me now for a free consultation about your case.