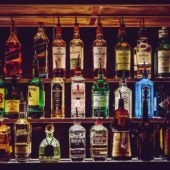 DUI laws in Connecticut are governed by statute and the judges in the Geographical Area Criminal Courts have little or no discretion to be lenient with people who violate those laws. With your first DUI, you may be able to use Connecticut's Alcohol Education Program which will allow you to earn a dismissal if you comply with all of the program requirements. With your second, third and any subsequent DUI offenses, you will be in a different category. If it is your first DUI, you will still want to consult with an experienced criminal defense/DUI lawyer because the rules pertaining to your license can be confusing and overwhelming. Failure to understand those rules can mean jail time.

The statute that governs drinking and driving in Connecticut is CGS 14-227a – Driving Under the Influence of Alcohol and/or Drugs. You can tell from the title that it is not only illegal to drink and drive with an elevated blood alcohol content (the actual number depends on your age), but if a police officer suspects you are under the influence of marijuana, cocaine, opiates or any other drugs that effect your ability to operate a motor vehicle, you can be charged with DUI. Some of the clients I have represented were under the influence of heroin and other opiates and the police are highly trained to spot telltale signs of the effects of substances by observing your eyes, your hands, your speech, and your level of nervousness. They are also trained to get close to you in order to determine if they smell alcohol or marijuana.

Under the 14-227a DUI statute, a person over the age of 21 who has a BAC of .08 or higher is driving under the influence of alcohol. A Commercial Drivers License holder will be charged if their BAC is .04 or higher and their CDL will be suspended for one year for a first offense whether they were driving a commercial vehicle or not.

Commercial Drivers License holders cannot use any diversionary program to earn a dismissal of a DUI. People under 21 years old are going to be charged with DUI if their BAC is .02 or higher. There is no quantifiable legal standard if you are driving under the influence of any other substance.

One good thing to do for yourself if you are a drinker is to invest in one of those pocket breathalyzer machines. They may not be 100% accurate, but it's better to know if you are close to the legal limit or over it before you get into your vehicle and they only cost about $50. You should also use the Uber and Lyft services available through an app on your cell phone. While gadgets and driver services cost money, they are much less expensive than going through the expense of hiring a lawyer and either paying diversionary program fees or legal fines which start at $500 for your first conviction and go up from there.

When you are charged with DUI, there is a good chance you will also have a license suspension. While it is possible to avoid this if your attorney wins at the Department of Motor Vehicles hearing, it is difficult to win at those hearings because the factors the state has to prove are easy for the prosecutor and very difficult for the defense to prevail. Having said that, this is why it's advisable to hire an experienced DUI defense lawyer to represent you. The complications that can arise because of license issues after a DUI are reason enough to have competent legal representation.

If you are dealing with this situation, call me, Erin Field, for a free case evaluation. I can assist you in determining your best course of action at no charge.

While there can be unpleasant consequences to a DUI, you should pull out all the stops to insure you have competent representation. Do not let your emotions get the best of you here. Lots of people get DUI's – it is one of the most common offenses you hear every day in court, but that does not mean you should take it lightly. In addition to the financial consequences, some people are embarrassed about having to put an interlock ignition device in their car because they don't want their friends, family or boss to see it. The good news is that Connecticut, unlike many other states, allows you to continue to drive after a DUI. If your attorney wins at the DMV, then you won't have a license suspension at all. If you do have a license suspension, you will still be able to drive with an ignition interlock device, depending on how many prior DUI convictions you have.

Prior to 2012, if you got a DUI conviction, you could not drive at all for six months or more. Then Connecticut passed Public Act 14 – 228 which allows people charged or convicted of DUI to install an ignition interlock device in their vehicle enabling you to drive unrestricted wherever you want at any time of day or night in any state. You pay a fee to have it installed and then a monthly fee once it's in your vehicle. The time required to have this device in your vehicle varies with the number of DUI's you've been charged with and/or convicted of within any ten year period. Each time the centralized computer in CT senses you tampering in any way with the device, it will add 30 days to the time you're required to have it. Otherwise the times are as follows:

Required Periods of IID Use Under the Act, After Administrative Per Se License Suspension

In addition to the interlock device, you will also have a 45 day license suspension. If it is your very first DUI and you are eligible to use the Alcohol Education Program, you can apply for a work permit from the DMV. The work permit allows you to drive to and from work within proscribed periods of time on the days you work. If you are a student, there is also a school permit that allows you to drive to and from school. If you are a student with a job, you can usually obtain both.

If you have questions about your license suspension, call me so I can assist you. The call is free!

The reason you should consider hiring an experienced DUI lawyer even if you are program eligible is to insure not only that things go your way in court, but so you can insure proper legal representation and guidance with respect to your license. The Alcohol Education Program is discretionary on the part of the judge. In other words, there is no guarantee that the judge will grant you the program. If the prosecutor objects to your use of this diversionary program, what will you say to the judge in open court? If you don't have a lawyer, chances are you may not know what to say which means you'll end up hiring a lawyer anyway. I've seen this happen numerous times in court and it is a definite possibility if you show up alone. Also, once a program is denied, it can be more difficult for your attorney to get the judge to change his or her mind.

The Alcohol Education Program consists of a program fee and classes. If you are granted this program, the judge may also order you to do a MADD (Mothers Against Drunk Driving) Impact Panel for which there is also a fee. There is also a period of time that must go by with you having no further DUI arrests in order to successfully complete the program. If you are arrested for DUI while your case is pending, the court will remove you from the program and you will now be in a different, more serious, category of DUI offender.

For your first punishable DUI offense, you can be required to go to jail, perform community service and serve a period of probation. You will also have a longer period where the ignition interlock device will be required. Depending on various other factors, you may also be subject to surprise visits from your probation officer or drug or alcohol testing and treatment as deemed appropriate by the Office of Adult Probation.

For your second punishable DUI offense and any offenses thereafter, if you are convicted, you will have a felony record and a mandatory minimum jail sentence. You may also be required to wear a trackable ankle device and be subject to home confinement for a period of time. Your probation period will be longer and your probation officer will keep a more watchful eye over you with random testing for substances and other supervisory components. With each DUI you receive, your license suspensions become more lengthy with the potential that at some point, you receive a permanent revocation of your ability to drive.

If you have already used the Alcohol Education Program and have a new DUI arrest, I can help you determine what options you have at no charge.

Driving Under Suspension after a DUI

Connecticut has strict penalties for driving under suspension after a DUI under Connecticut General Statutes 14-215(c). Driving under suspension after a DUI charge can mean that you are caught driving a vehicle without an interlock device after you've been ordered to install one. This violation can also be charged if you installed the interlock device in your vehicle, but you are caught driving a different vehicle. The penalty for this offense for the first time is a mandatory minimum of 30 days in jail. Any subsequent charge for the same offense will also result in a longer mandatory minimum sentence. The only way this sentence can be reduced is if a judge finds mitigating circumstances. In other words, your attorney has to convince the court you had an excusable reason for driving when you were caught which generally needs to be backed up through documentation.

If you are facing any of these scenarios, please call me to discuss your case. The call is free and can save you a lot of undue hardship in the future.