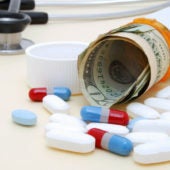 In West Hartford CT, law enforcement and the courts have little tolerance for drug crimes such as possession, intent to distribute, or any other offense. The penalties are stiff, and they can include incarceration, very high fines, and sometimes even life sentences.

If you have been accused of a drug crime, you need an attorney with the experience and skills to fight fiercely on your behalf. As a longtime West Hartford drug charge defense lawyer, I have a 100 percent success rate for first-time offenders and have a long track record of helping those who have been accused of serious drug crimes.

Get help from a West Hartford criminal defense attorney today.  Contact me, Erin Field, for a free case evaluation.

Drug Charges I Can Help You Fight

No one should ever have to face drug charges alone, or without an attorney who is 100 percent committed to the best possible outcome for them. Having experienced legal representation will give you a much better chance of avoiding prison and retaining your freedom.

At Field Law Office, LLC, I can help you with a number of drug charges, including:

Connecticut has many laws pertaining to possessing and selling controlled substances. Those laws are complex, and they are strict. As a trial-tested Connecticut drug lawyer, I can help you understand what you are facing and prepare a solid defense for your case.

When facing a drug charge, you may feel like you are in a hopeless situation. However, you are not. There are many defenses that may be used in your case, including:

While all of these provide effective defenses to drug crimes in Connecticut, no one should ever try to argue them alone. Choosing a qualified Connecticut drug lawyer is the best defense for a successful outcome.

The penalties for drug crimes in Connecticut are severe. Most include jail time for even a first offense. While the list of drug crimes in the state, and the associated penalties, is very long, below are some of the most common drug crimes and possible sentencing options for a first possession offense.

What to Do If You Are Arrested on a Drug Charge

Being arrested and charged with a drug crime is a scary thing. You're likely confused and don't know what to do next. The steps you take now, though, could greatly affect what happens in your case.

First and foremost, be polite to law enforcement officers and do not try to resist arrest. A drug possession lawyer will try to get your charges dropped or reduced, but you will only make it worse for yourself if you resist arrest. Even if the other charges are dropped, not cooperating with the police could have you facing additional charges that are more difficult to beat.

While it's important that you cooperate with law enforcement, that doesn't mean you should speak to them. Don't say anything, particularly about the alleged offense or any role you had or didn't have. Saying anything to them can be used against you later and can greatly hurt your case. Once you contact an attorney, your lawyer can advise on what statements you can make to the police.

If you or a loved one has been charged with a drug crime, you need to speak to Field Law Office, LLC in West Hartford today. Contact attorney Erin Field, and schedule a free consultation to talk about the details of your case.