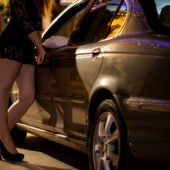 Being arrested for attempting to purchase sex from a prostitute is an extremely difficult and humiliating experience. Whether or not there is a completely innocent explanation for what happened, you don't want your family or your job to find out about this arrest.

I will work to try to make this charge go away with the minimal possible consequences and impact on your life. While it is not always possible to keep this incident a complete secret, I will do my best to help you keep this sensitive situation as quiet as possible.

Connecticut laws are tough on those who solicit prostitutes or sexual services, as well as those who provide them. The current law enforcement focus is on solicitation or “johns” who seek sex for money. Nationwide trends seek to punish demand and also focus on those who profit from the business, particularly in cases of sex trafficking and pimping.

However, this aggressive enforcement attacks and often entraps people who are curious about simply seeking the service of consensual sex workers and not trying to enable or support those who are exploiting people against their will.

How Do Prostitution Arrests Happen? 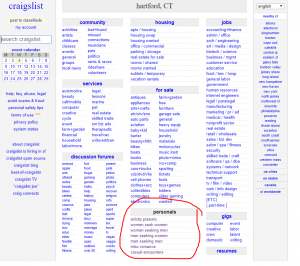 Police may conduct online stings by placing ads online where sexual services are often bought and sold. Though Craigslist has now completely removed their online personal ads and replaced it with a link to the FOSTA bill detailing the Fight Online Sex Trafficking Act, wherever there is demand, there will be supply. New sources of advertising will pop up, and the police will keep pursuing these arrests.

You may show up in a room to meet someone you contacted online. If you offer money in exchange for sex, police may rush in the door to arrest you. Police also occasionally raid suspected houses of prostitution, brothels, or massage parlors they believe are fronts for an illegal sex trade.

You only need to agree to sexual conduct for a fee to be charged with prostitution, no sexual act needs to take place.

Under CT Criminal statutes for Engaging in Prostitution (53a-82) and for Patronizing a Prostitute (53a-83), Prostitution is a Class A Misdemeanor punishable by up to a year in jail and a $2000 fine.

Will a Prostitution Arrest Show Up in the Newspaper?

It might. Some police departments release public arrest logs in a police blotter or on their own town sites. It depends. There isn't much I can do about this, arrests of adults over 18 are public information.

What I can do is work to keep you from having a criminal charge on your record that future employers or anyone else doing an online background check are more likely to see.