What Is Second Degree Sexual Assault?

If you're worried about sexual assault charges, you probably have many questions about your case and what the charges mean. Below, we summarize what second degree sexual assault it and how we can help you defend your case.

Second degree sexual assault may be prosecuted as a Class B or C felony, depending on the crime's severity and the age of the minor involved.

To prove sexual assault in the second degree in Connecticut, the alleged victim must show that:

An experienced attorney can give you more information regarding how the prosecution will attempt to build their case against you, and how you can challenge the allegations.

Furthermore, those found guilty of sexual assault are registered in Connecticut as sex offenders. This is publicly available information. 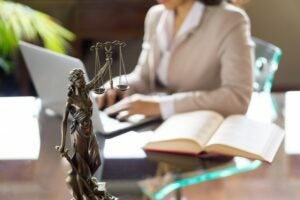 It's up to the prosecution to prove that 2nd degree sexual assault took place. There are various defenses available to those charged with sexual assault, including:

An experienced criminal defense attorney can help you identify which defenses may be open to you, based on your individual case.

If you're facing 2nd degree sexual assault charges, an experienced criminal defense attorney can go over the facts of your case, help you understand the consequences of pleading guilty or not guilty, and represent you in court.

At the Field Law Office, LLC, we have the experience to represent your best interests and find the flaws in the prosecution's case. We are committed to protecting your rights and ensuring you have the fair trial you deserve.

In need of a sexual assault defense attorney in Connecticut? See how we can help today – contact us now.