Percentage of Women That Are Sexually Assaulted in College

Under the Connecticut Penal Code, sexual assault means any kind of unwanted sexual activity. Sexual assault is a particular problem for college students – according to the Rape, Abuse & Incest National Network (RAINN), it's more common at college than other crimes. But what percentage of women are sexually assaulted in college, and what should you do if you're charged with this sexual offense? Let me explain below.

What Percentage of Women Are Sexually Assaulted in College?

Over 26 percent of undergraduate females are sexually assaulted in campus, according to statistics compiled by RAINN.

Why Is Sexual Assault so Common on College Campuses? 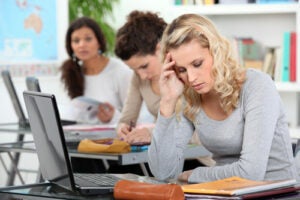 According to research by the Office on Women's Health, there are two main reasons why it's so common.

What Is the Safest College Campus in the US?

College safety data submitted by schools across the country suggests that some of the safest college campuses are right here in CT.

How Can College Campuses Be Safer?

For most students, college means making new friends, socializing in a new way, and living away from their parents or guardians for the first time. Colleges should consider how to facilitate safer campuses by introducing e.g. clear reporting procedures and sexual consent education.

If you've been accused of sexual assault at college in CT, you need my help to ensure the allegations are managed properly – contact me now for a case evaluation.

The percentage of women sexually assaulted in college is worryingly high, so it's crucial you understand what constitutes consent and how to socialize responsibly.

Are you in need of a sexual assault defense attorney in Connecticut? See how we can help today.