The Bridgeport Safe Streets Task Force made 19 arrests in their investigation “Operation Slim Fast,” according to the Connecticut Post. The investigation lasted seven months and resulted in numerous drug and weapons charges, specifically targeting the Marina Village public housing area.

A group of cocaine dealers were said to have been trafficking drugs from Puerto Rico, through Springfield, Mass., and into Bridgeport. Wiretapping and surveillance uncovered the operation. 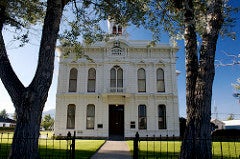 Thirty-three year old Frankie Velazquez was sentenced to 10 years in federal prison this week for his role in the distribution ring. He delivered the cocaine to local Bridgeport dealers to distribute to the users in the area.

According to Velazquez's attorney, he is a first time offender with no violent or serious convictions. He was first introduced to the trafficking scene as a photographer in local night clubs. It was there that he met people involved in the drug trade and saw it as a way to make quick money.

Investigators say he began storing cocaine in his apartment, trafficking somewhere between 5 and 15 kilograms between November 2010 and January 2011.

The entire investigation was spurred by a gang related shooting in the Marina Village area. Two were killed and another seriously hurt in a shootout on July 17, 2010. It was through this shooting that police identified two rival gangs operating in the housing complex, increasing tension for everyone there.

A brother of one of the shooting fatalities, and someone directly related though not charged in the shootout, Damont Gee, continued to sell cocaine to local customers after his brother had been killed. Velazquez and Gee worked together.

Currently, Gee is also facing federal drug charges and has pleaded not guilty.

In all, Operation Slim Fast resulted in seizures of: a pound of crack cocaine, an unlisted amount of heroin, six guns, $150,000 in cash, and 8.8 pounds of cocaine.

Large-scale drug investigations like this are relatively rare. Instead, most people charged with a drug crime are either casual users or occasional dealers. But whether you just helped a friend score drugs or if you deal drugs on a regular basis, you face very serious penalties.

A first-offense distribution charge can result in up to 15 years in prison. If this isn't your first offense, that sentence is doubled to a potential 30 years behind bars.

The stakes are high. Fortunately, I might be able to help. Contact my offices today to discuss the details of your case and what can be done to minimize their impact on your life.