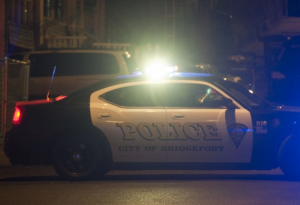 Several recent incidents of police brutality in Bridgeport has many community leaders up in arms, asking for something major to be done. But Police Chief Joseph Gaudett Jr. and Mayor Bill Finch say it's nothing more than a few “bad apples” and that those situations are no cause for alarm.

Perhaps the most well-known incident of recent times is the police beating of Orlando Lopez-Soto in Beardsley Park. The incident was caught on camera and has thus far garnered nearly 200,000 views online, according to the CT Post. Lopez-Soto laid motionless as he was stomped and kicked by three officers.

In another incident, two brothers stood outside their parent's home to smoke a cigarette. They were told to “move along” by a passing officer. The confrontation escalated and ended with the brothers being teased and their parents' door being kicked in. Mother, father, and both sons were arrested. They claim racial profiling.

In this latest case, officials say the family's account of the events differs dramatically from police accounts. But, the police accounts of the Lopez-Soto beating differed too—and two months after the incident, when the video came out, the police's version of events was discredited.

The police shooting of Michael Stinson is also getting close attention. He is well known by police, with an extensive history. But, in his latest run-in, following a foot chase, pepper spray, and stun gun, police shot him. They didn't shoot him once, or twice, or even three times. While the official count is still debated, the Connecticut Post estimates it was somewhere around 20.

Stinson was seriously injured. Bullets rattled the community on that day, entering apartments and whirring by a mother and daughter watching television. Officials say the police acted appropriately but that they are investigating the ammunition that was used.

There are other reports of brutality in the town, leading the community to question the ability of their police to truly keep them safe without trampling their rights. For their part, however, the department and the Mayor say the incidents aren't a sign of a bigger problem, just those bad apples—apples that incidentally are all still working for the department.

Many complaints of excessive force are filed with police departments every year. Some of them are bogus. Many of them are not.

Whether you're accused of a drug offense or a theft charge, contact me today to discuss your case.