Client charged with Conspiracy to Commit Burglary 3 (CGS 53a-103), Conspiracy to Commit Larceny 6 (CGS 53a-125b) and Interference with an Officer (CGS 53a-167a) for breaking and entering into a high school. Client and his friends did not know building was equipped with silent alarms until the left the building and were confronted by the police. Over prosecutor's objection, client was granted Accelerated Rehabilitation. 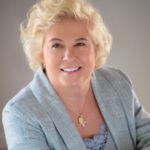